125 students from around the province got to experience Soar Heartland this year. After having a last minute shift to online in 2020 and an online/hybrid experience again in 2021, the Soar team was excited to welcome students back into Winnipeg’s North End for a week-long experience of local missions.

The first weekend is spent learning and worshipping together. Soar facilitator, Matt Braun, mentioned the worship meant a lot to the participants, “Just to be able to re-engage. It’s been such a long time since they’ve been a part of something like that.” 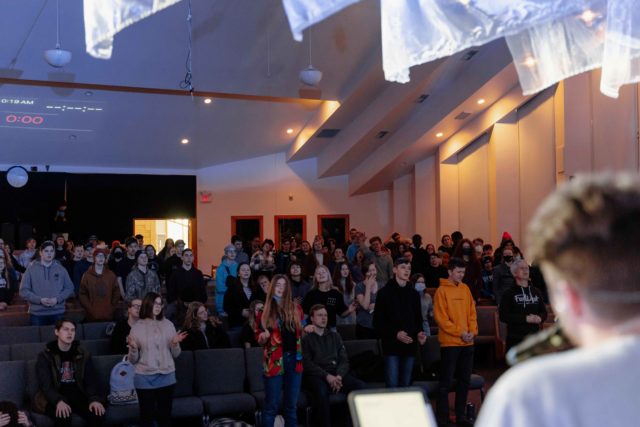 The theme of this year was ‘Breathe’, focusing on John 15 – “I am the vine; you are the branches. If you remain in me and I in you, you will bear much fruit; apart from me you can do nothing.”

“As you breathe in, you’re also breathing out the presence of God as well to the people around us,” Matt described. “Inhaling Jesus and exhaling Jesus.”

A big focus is learning to not stereotype people based on where they live or what they look like. They also take part in a Blanket Exercise, which walks them through the history of Indigenous peoples and is very eye-opening. These exercises prepare the teams to go out into the North End with an open mind and heart.

Participants go on a learning tour to 14 locations. Teams spend time learning and praying for communities. At some locations they are able to go inside to hear stories from people, other locations have written stories the teams can read. At one point the teams go out to the docks where they hear specific stories of Missing and Murdered Indigenous Women and Girls. 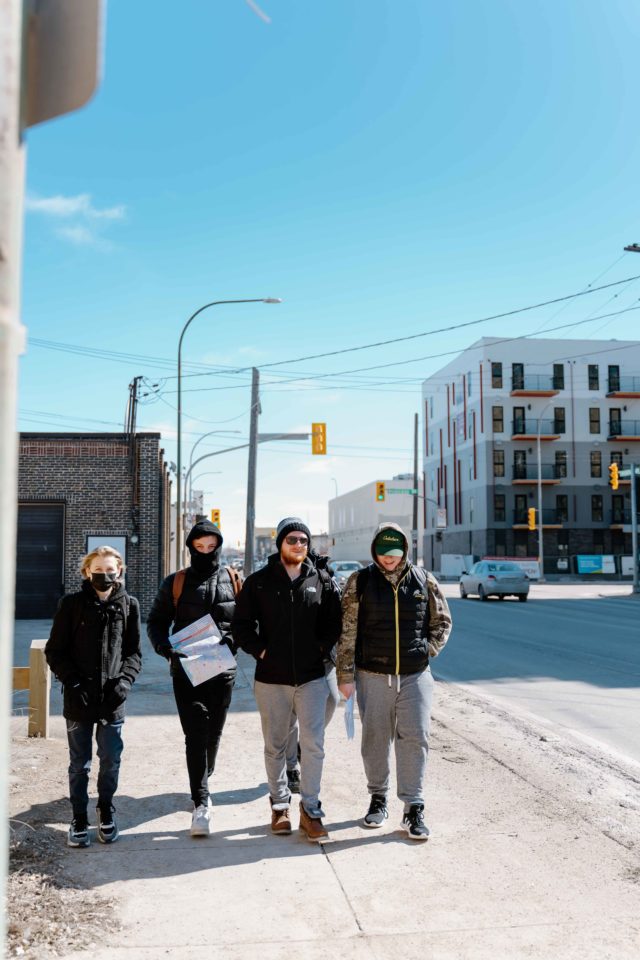 “Because we make them walk [the tour] and not drive, you’re meeting people as you go and interacting with people along the way,” Matt said. “Some of it’s pretty jarring for students.”

Matt says a lot of people have the idea that missions only happens overseas, but with Soar Heartland you see it locally. It is a reminder that we are called to missions here too.

“A lot of them say they’ve lived in Winnipeg their whole lives and never experienced this, never seen this.”

Soar’s mission is to grow, know, and go. The hope of Soar is that students are awakened, and even better is when churches and students build lasting connections with organizations in the city.

This year a number of churches have already started to build partnerships. La Salle Community Fellowship worked with ERCOM over the week of Soar and has already been back to run a community BBQ. Westwood Community Church has been working with Inner City Youth Alive, and Winkler MB Church has an ongoing partnership with Living Word Temple.

Matt says these partnerships are great, but after 2 years of hybrid programming, the most important thing was the community that came out of it.

“There’s something about being together in community,” Matt said.