Many people, One God

There’s value to being part of a specific denominational conference. It provides opportunity for support and accountability between many churches that hold the same beliefs and understanding. We hear stories of churches sharing building space with other denominations or even shared events, but we don’t see many partnerships like the one between Northern Fellowship Chapel, an EMC church in Creighton, and Cornerstone Community Church, an MB church in Flin Flon. Two small congregations in different towns and different denominational conferences.

“The idea of churches and congregations being in covenant with one another and supporting each other, holding together in their confession of faith and their mission work, that’s a very biblical model.” Evangelical Mennonite Conference Pastor, Layton Friesen, talks about the importance of conference affiliation and partnerships.

This story starts many years ago in 1996 when Northern Fellowship Chapel (NFC) was left without a pastor for four and a half years. By 2001 the church still could not afford a full-time pastor but desired to have a leader. Being from a small community and a small congregation they turned to long-time MB pastor Dale Warkentine, who had been pastoring at Cornerstone MB for some time, and asked if he would pastor part-time at NFC while continuing with his current position.

This began a 20 year partnership between the two congregations to share pastoral care. They adjusted the worship meeting times so the pastor could give one message at 10:00am in Creighton and then drive the ten minutes to Flin Flon for the 11:15am service. 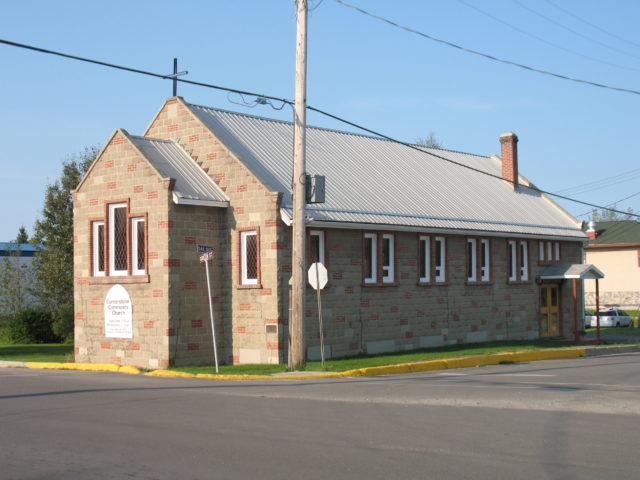 “Finding a pastor for a small church like that has always been a challenge in terms of being able to support them financially,” said Friesen. “So when the opportunity came up for a way to partner with the MB church in Flin Flon, I think for the conferences, that seemed like a no brainer.”

Friesen said some questioned, why not merge churches altogether? Why hold out for so many years only to partner for joint pastoral care?

“It’s not quite that simple,” said Friesen. “Churches are like people, they have a unique history. Both of these churches had their own vision for their community.”

NFC was the only Evangelical church in Creighton for many years and the congregation felt a responsibility to be a witness in the community. Merging with another conference brought up complications the congregation wasn’t ready to consider.

“NFC is tenacious and determined.” Friesen reflected. “I’ve always been amazed at [the NFC congregation] and their ability to be a really small group that does a lot in their community.”

For years the two churches functioned in this way, with one pastoral team but separate congregations and ministry visions. When the Warkentine’s left in 2003, Alex and Carla Suderman stepped in for a year and then Scott and Natalie Koop took over until 2009. The current pastor, Randall Krahn, and his wife Faith moved to Flin Flon in 2010 and have been pastoring both churches ever since.

“We have loved being up here.” Pastor Randall Krahn expressed, “This community is very different from any place else we have lived.” 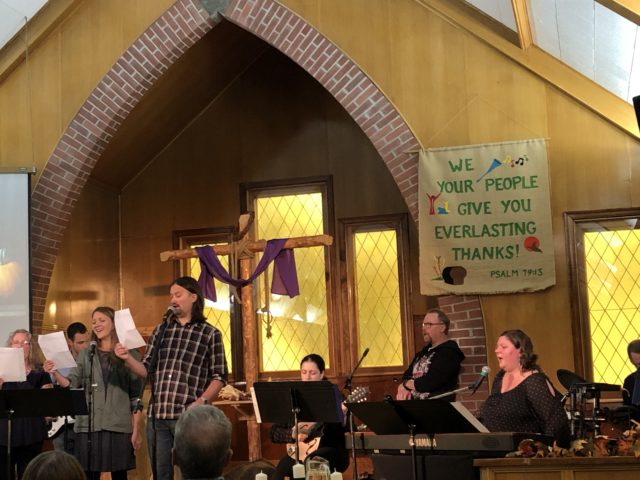 Musicians from both congregations playing at Cornerstone Community Church. “We are fortunate to have some of Flin Flon and Creighton’s best musicians as part of our church communities.”

Krahn described both Creighton and Flin Flon as transient communities. Lots of people coming and going. But the community is beyond welcoming, embracing anyone and everyone who makes it their home, regardless of how long.

In 2021, NFC reached a point where maintaining their building was no longer a viable option. There were too many repairs and not enough finances for it to be worth it. The church made the difficult decision to sell the building and move their worship elsewhere.

“We had purchased the lot for $1 from the Town of Creighton in the 60s; we decided to sell for the same price. Northern Growing Abilities took over the lot and building on February 1, 2021. They look to start a business and employ people with intellectual disabilities. After assessment, they will not demolish the building. We are happy about that.” – Janice Imrie, via The Messenger. 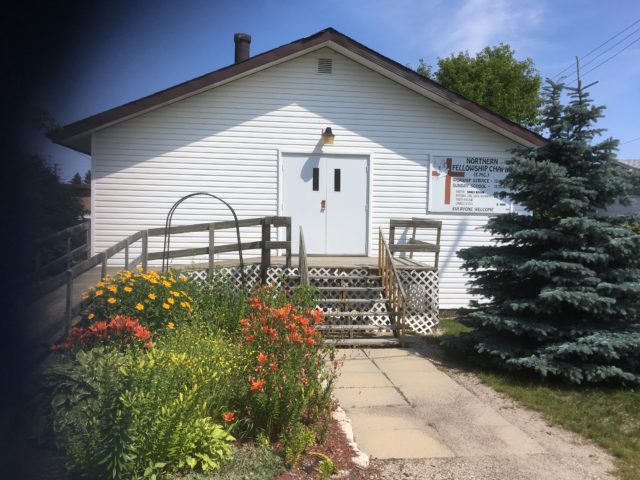 The congregation originally looked at renting out a hotel conference room on Sunday mornings, but when covid hit the option of renting halted. With their building already sold, the congregation made the difficult decision to close the church.

Their partnership with Cornerstone MB Church has flourished into something much bigger than sharing pastoral care. With the legal closing of the church coming up in June, all support and care will be turned over to the MB conference. And although this transition has felt necessary there are mixed emotions for many who have called the church home for much of their lives.

“There is a sense of loss and sadness,” said Krahn. “For some of the local people the church was a block or two up the street and now Flin Flon represents a physical distance.”

On a recent visit to the church, Friesen met with a 98-year-old woman who has been attending NFC since it opened 60 years ago.

“There’s sadness, but there’s also joy.” Friesen shared the feelings expressed during his last church visit, “It’s good to be a part of a more sustainable congregation.”

Krahn says for the most part the transition has been smooth and he is happy to see many of the NFC congregation making their way to Cornerstone on Sunday mornings.

Both Krahn and Friesen are grateful for the partnership and conference leaders who have made it possible to sustain these churches for the time they did.

“Thank you to the MB conference for being willing to partner with us,” said Friesen. “It’s been a good partnership and I think it’s worked very well.”

From the MB conference we are beyond thankful for the opportunities that this partnership provided to both congregations. We thank the EMC conference for their trust and support as we take on care of this shifting church. And we pray God continues to work in the communities of Creighton and Flin Flon, through this now one congregation of believers.