Multiply is sending another group of missionaries into the field this month from their Focus Internship program.

The Focus Internship is a 9 month program that teaches, trains, and equips eager Christians to walk in step with Jesus as they enter the missions field. The interns spend two months in Winnipeg preparing before they spend seven months in their given missions location. The program finishes with a two week debrief and discern. 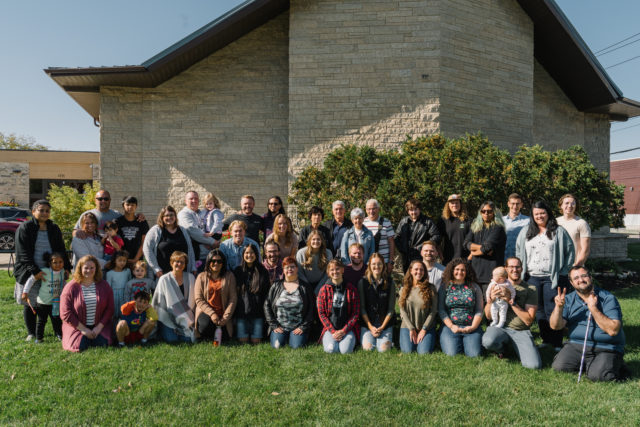 While in Winnipeg, the interns are attending classes at Fort Garry MB to become familiarized with the Multiply Mission Strategy Map and the CCMBC Scriptural Interpretive model and method. These are the foundational blocks of everything else they learn.

I sat down with four of the current interns to hear how the first month of preparation and training was going.

“It’s been very exciting and stretching and stressful and difficult, but all in growing ways,” shared Liam Bull, a young man from rural Manitoba. “All the sessions have been so encouraging, with an emphasis on living a life in tune to the Holy Spirit.”

Each week a different Multiply global leader speaks on various aspects of what missions is.

Some of the speakers included Lloyd and Carol Letkeman speaking on Holy Spirit Empowerment and the Gifts of the Spirit, Doug Hiebert giving the group an overview of scripture from a kingdom perspective, Nasser al’Qahtani teaching on biblical literacy through a cross-cultural lens, and Derek Parenteau sharing about developing missional communities and partnering with God in intercession and deliverance ministry. 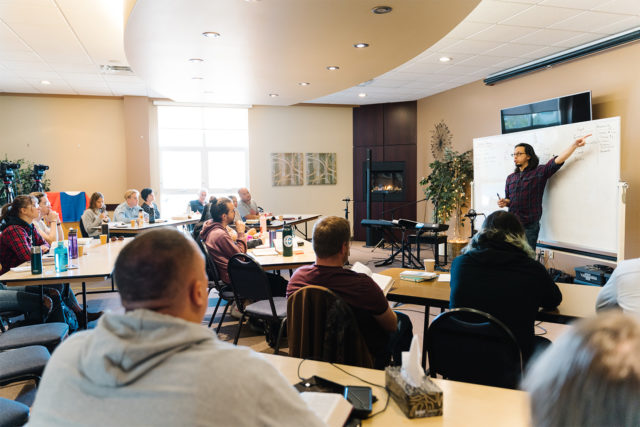 Nasser al’Qahtani teaching the interns during their 2 month stay in Winnipeg.

The interns shared some of what they were learning was a deeper dive into things they had learned before, but there were also lots of things that pushed them out of their comfort zones.

“I’ve had a little more experience with more charismatic things like practicing healing and casting out demons,” said Bull. “It’s been exciting and a very ‘book of Acts’ experience, but new and stretching.”

When asked if all this new information and experience has been overwhelming, Lindsay Thiessen shared she’s learning to become comfortable with not knowing.

“We have been prepared, in a way, to be okay with not knowing what to do,” shared Thiessen. “The emphasis is on listening to the guiding of the Holy Spirit. Just being attentive.”

Another aspect of the preparation portion of the internship is building relationships and practicing what they are learning. All of the interns are living in nearby apartment buildings with the goal of growing community and sharing the love of Jesus with the people they encounter.

Many are already sharing moments where God has been working through these new relationships.

Rick Sawatzsky, a semi-retired teacher, shared a story where simply reading his lessons in public led to a moment of sharing God.

“I went to Tim Hortons and had a Focus course open at my table. A man approached and said ‘that looks like an actuarial table’. And that led to a whole conversation and even led to this man having a God encounter.”

Some of the interns invited a group of their neighbours to a games night and started to build genuine relationships there. 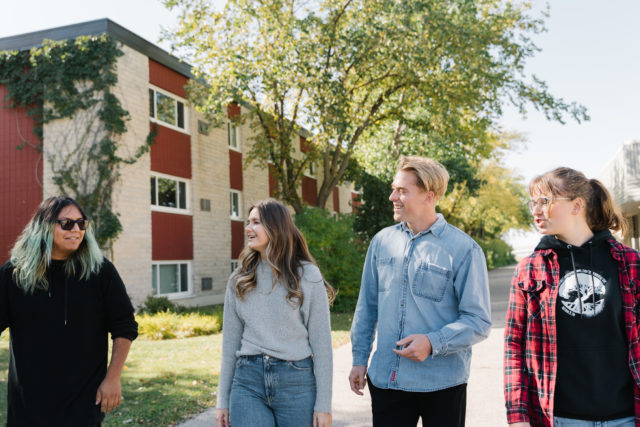 Kailee Thiessen (on far right) walking with other Focus interns.

For Bull, this is not only preparation but where he will be spending the next seven months as he remains in Winnipeg for his assignment.

“The purpose of my assignment is to be very intentional with the people who live in the apartment building,” said Bull. “Most of the people there are either newcomers, students at the UofM, or both.” 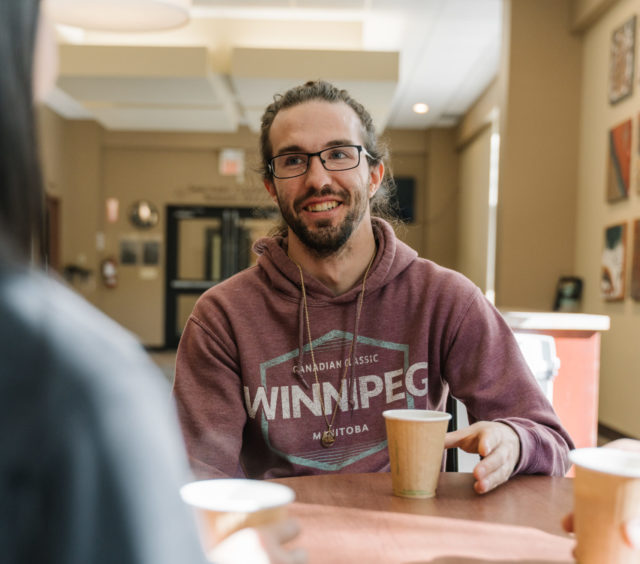 Liam Bull on a break during his preparation and teaching time in Winnipeg.

Although Bull is staying in Winnipeg for this season, he knows God is leading him to long-term missions in Japan.

“I know I am being called to Japan and although that was an option this time around I felt like now is not the time,” Bull explained. “I’ve been four times already and I’d rather go back now but God has given this time for me to garner a little more ministry experience first.”

Bull attended a bible school in Japan before taking part in a month-long trip with Multiply and a seven month mission through the Trek program.

Every intern has their own path that has brought them to the internship and for Rick Sawatzsky and his wife, the decision was made only a month prior to the start of the program. Both Sawatzsky and his wife are in their 60s and semi-retired. He shared a number of “coincidences” that lined up for them to take the plunge into international missions through Multiply.

“Everything seemed open and we didn’t know where it was going to take us,” said Sawatzsky.

The Focus Internship application deadline had passed long before the Sawatzsky’s thought to take part, but at the end of August God opened all the right doors to lead them to missions in Europe.

“The Focus course was the final door that opened,” said Sawatzsky. “We just launched into it and, wham, here we are.”

Lindsay Wieler was tapped on the shoulder while volunteering with Soar Heartland, and that began the process of discerning if this type of missions was the right fit for her.

“I almost went to Thailand without doing Focus, but being a part of the Focus Internship and this community has been invaluable,” said Wieler. “Focus has been a way to equip before just launching into something and it’s a way of discerning if long-term missions is something I want to do.” 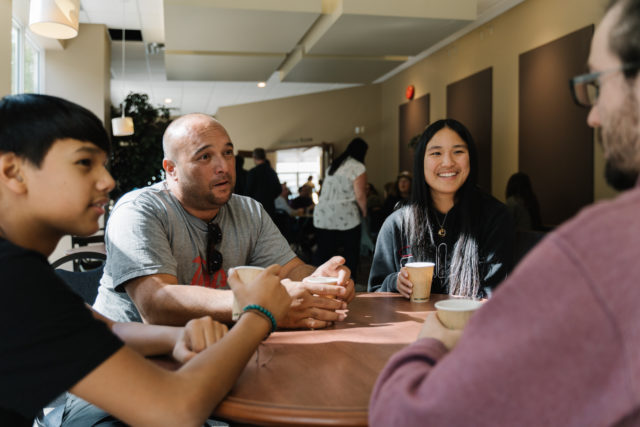 Lindsay Wieler (on right) chatting with other Focus interns.

Not everyone who takes part in the Focus training is looking to commit to long-term missions. The information and skills they are learning are valuable for any Christian looking to present God in their lives.

“The course is changing me to be close to God and understand His heart,” shared Sawatzsky. “Even if you wouldn’t go out on missions, you really learn a lot about yourself and grow as a person and a Christian.”

All four of the interns I heard from shared the same emphasis to invite people into the discernment process. If missions is something that is on your heart in any capacity, reach out to your friends, family, church community, or speak directly with Lloyd and Carol Letkeman from Multiply.

“They will help you with your discernment process and there is no pressure either way,” said Wieler. “If there are whispers of something, lean into it.”

You can be praying for these interns, along with the many others who are travelling to their missions destinations this month, as they journey with God to share the gospel around the world.