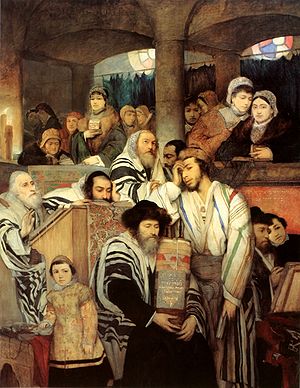 I feel the tension between these polarized perspectives when I listen to Christians around me. In a previous blog, I suggested that prayer is primarily a matter of showing up—that’s all. Whereas Eugene Peterson argues persuasively that the bedrock of praying is praying the Psalms through every month (p. 105 in Under the Unpredictable Plant). A person recently told me, “I’m petrified to pray extemporaneously. I only pray whenI can first write out my prayer.” By contrast, a parishioner once told me, “A sermon is Spirit-ual and from the heart when it’s not written down”—and I expect this person feels the same about praying. A couple I know disagrees about these two poles. The husband grew up Methodist; he now loves the extemporaneous feel of Mennonite Brethren worship. His wife grew up Mennonite Brethren, and now loves the thoughtfully planned and written liturgies of the Methodists.

So which will it be: spontaneous prayer or prepared prayer?

While getting ready to teach a course titled “Prayer,” I came across a little book by the American rabbi and scholar Moshe Greenberg: “Biblical Prose Prayer as a Window to the Popular Religion of Ancient Israel.” His insights into the prayers of the First Testament have become inspirational for me.

Greenberg begins by pointing out that whereas the Torah provides the Hebrew people with detailed instructions for how to conduct sacrifices, how to arrange and decorate the temple, and (I would add) even how to organize the worship musicians, there are no equivalent details given for how to pray. This stands in sharp contrast to those religions that prescribed long and detailed incantations and prayer-rites by which to move the gods.

Greenberg then identifies three types of prayers in the Old Testament. First, and most prominently, there are the Psalms. These 150 poems were written and edited for use by the worshiping community, especially when it gathered at the temple. These prayers are worded in quite general ways, so that they are easily applied to a wide range of different situations. The authors stand invisible (often unnamed) behind their compositions. (Although nearly half of the Psalms are said to be “of David,” he did not necessarily write all these.)

Second, there are a group of prose prayers (i.e. not poems) throughout the Old Testament that sound much like human conversation. These include prayers of petition, of confession, and of gratitude. The prayers of petition usually follow three stages: addressing God, stating the pray-er’s petition, and identifying the motivation behind the petition. Samson, for instance, after he was blinded by his enemies, prays in this way: “Lord GOD, remember me and strengthen me only this once, O God, so that with this one act of revenge I may pay back the Philistines for my two eyes” (Judges 16:28; cf. Genesis 32:10-13, Jonah 1:14). The prayers of confession are more variable (cf. Judges 10:10 & 15, 2 Samuel 24:10). The prayers of gratitude, which often begin “Blessed be God, who has [done such and such],” are notable for being addressed to the people around the pray-er rather than addressed directly to God (cf. Genesis 24:27, 1 Samuel 25:32, 25:39, 1 Kings 1:48). All these prayers arise immediately and naturally from the stuff of life. They are spoken anywhere (e.g. in a pagan temple, and on a storm-tossed ship), are urgent, and are sometimes rough and selfish.

Third are the bursts of prayer that, however unconventional and artless, explode from the pray-er during an experience of desperation. Such prayers usually lack any recognizable pattern (cf. Judges 15:18, 1 Samuel 1:11, 2 Samuel 15:31).

Based on the various kinds of prayers in the Hebrew Scriptures, Greenberg draws several conclusions, including these three.

Which prayer is best? All prayer. The question starts on the wrong foot, as if one way of praying is more effective than another for bending God’s ear. Better than asking which prayer is best, we can simply ask each other “Would you tell me how you pray?” And then listen for a description of that person’s experiences of praying. (I like following up with “What makes it hard for you to pray? And what helps you overcome those hurdles?”)

From Greenberg I’ve learned anew that prayer truly is a social interaction (a koinonia) between  human(s) and God—an interaction that is true to self, true to life, and true to God.

As a starting point, to shape all our ways of praying, I recommend purchasing any version of the Psalms that is published as a stand-alone book. Two I’ve found are The Grail Psalms, and The Common English Bible translation of the Psalms. Then it’s easier to turn to the Psalms for praying throughout the day—when I’m walking to/from work, arriving at my desk, and so on. (BTW: did you know that 44 of the 150 Psalms are quoted in the New Testament, and often by Jesus? Praying the Psalms is one way I want to imitate Jesus.)

The featured painting is taken from Wikipedia.

This blog is the fourth in a series of monthly posts that are offered to “equip, resource and inspire” the Mennonite Brethren Church of Manitoba in praying.

Andrew Dyck is Assistant Professor of Ministry Studies for Mennonite Brethren Biblical Seminary Canada and Canadian Mennonite University. He has been a Mennonite Brethren pastor for sixteen years. He is married to Martha, an elementary school teacher; they have three adult sons (two are married). This article has been reposted with Andrew’s permission from his personal blog www.bringinggifts.com.